Transforming a heatmap using a single line of DAX

Heatmaps are a great way of showing complex data in an easily understandable manner. In a heatmap, you have rows and columns and at the intersection of each row and column you have a value. Typically you are not interested in the individual values and want to see the pattern of all the values. Generally heatmaps are colour coded from the lowest value to the highest value 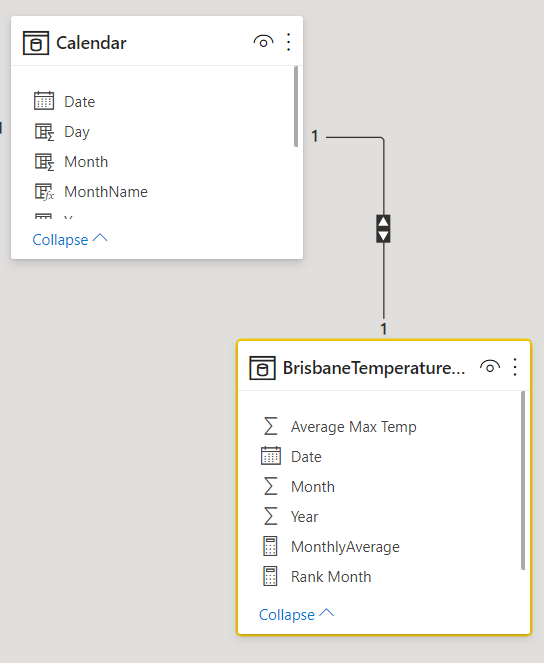 We define our monthly average measure as follows

We then create a heatmap as follows. The process of creating a heatmap is not explained here as there are plenty of tutorials which explain how to do it.

So how can we make this better ?

For this we need to use the RANKX function as follows

We now have a heatmap which gives us fascinating insights. We can see that 7 of the 12 months have a ranking of 1 in the last four years. That means the highest average maximum temperature for 7 of the 12 months occurred in the last four years. We would not have been able to generate this insight from the first heatmap. But using a single line of code we are able to generate useful insights.